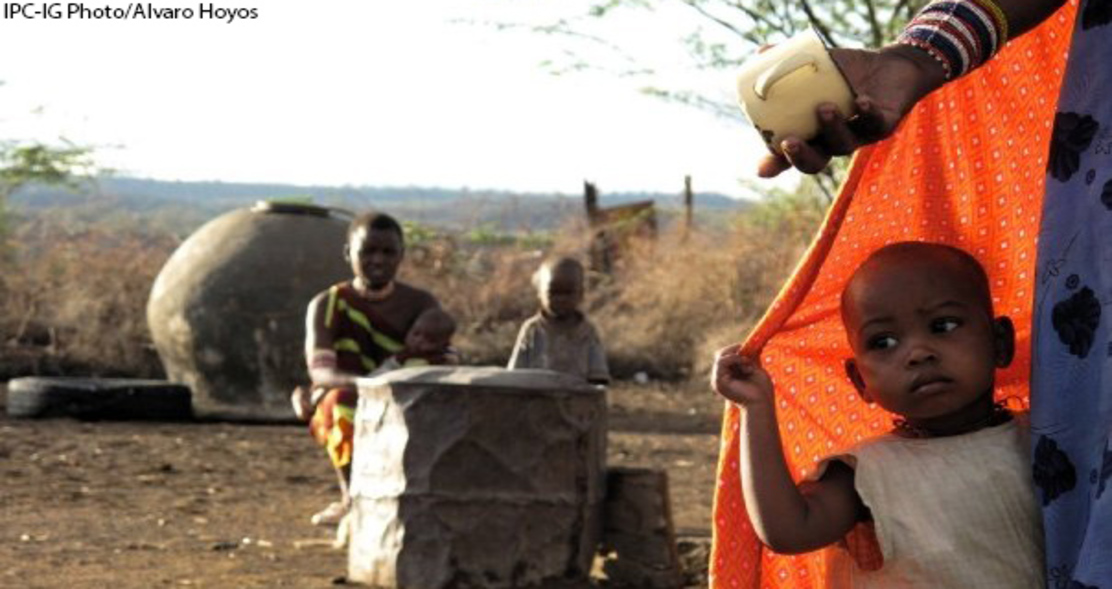 Brasília, 14 November 2017— Breaking an individual's habit is not an easy feat, let alone changing a community’s traditions or social conventions. Can the power of communication change people’s behaviour by influencing their attitudes and knowledge?  This is exactly the goal of the Social Behaviour Change Communication (SBCC) Project in Mozambique. It promotes the dissemination of good health and nutrition practices through direct communication and mass media to improve maternal and children’s health and nutrition.

“The project is an innovative intervention with the potential to improve the lives of those in need by promoting good practices in the fields of health and nutrition. Our baseline findings certainly confirm the relevance of the intervention in the context of Manica”, explains Tatiana Martinez Zavala, IPC-IG consultant and one of the leading researchers of the project.

The IPC-IG conducted a baseline survey report, which shows the average characteristics of the population before the intervention took place. The results demonstrate that most women attended pre-natal examination during their most recent pregnancy, gave birth at a health clinic or hospital, and consider eating more during pregnancy important. However, the general level of socio-economic development of targeted households is low. In the area of infant and young child feeding there is room for improving exclusive breastfeeding practices and dietary diversity. Furthermore, concerning malaria prevention, there is a significant gap between knowledge and practice. Regarding water, sanitation and hygiene, there are large knowledge gaps as well.


Located in Southeast Africa, Mozambique is one of the poorest countries in the world, ranked 181 out of 188 countries in the 2015 Human Development Index (HDI: 0.418). Despite rapid economic growth during recent years, 54 per cent of the population remain below the national poverty line, and 43 per cent of children under 5 are stunted. Limited access to food and primary health care services, as well as a high incidence of infectious diseases, result in widespread malnutrition and micro-nutrient deficiencies. Furthermore, research conducted by the country office of the World Food Programme (WFP) in Mozambique's Manica province uncovered a generally low level of knowledge about child health and nutrition across society. 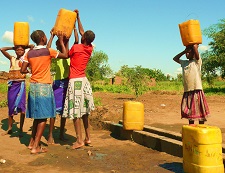 Against this background, the SBCC project in Manica was launched by the WFP to tackle these issues and incite social change through communication. It aims to improve children’s health and nutrition through the promotion of good practices in the areas of maternal care and nutrition, infant and young child feeding, malaria prevention, and water, sanitation and hygiene. The project is part of an initiative funded by the European Union to achieve Sustainable Development Goal no.1: “End poverty in all its forms everywhere.”


Strategies and challenges - The SBCC promotes good practices through two strategies. The first is direct interpersonal communication through local health committees, set up in 90 rural communities in Manica. Health committee members promote good health and nutrition practices through training courses and home visits and act as role models in the community. The second one is mass media communication through local radio broadcasts. In this way, the programme is expected to reach 44,640 individuals through interpersonal communication and 379,000 individuals through mass media.


Potential impact - The IPC-IG research team is collaborating with the WFP to assess the impact of the programme by conducting surveys among women aged 18-49 who were pregnant or had children under the age of two. The data collected so far found statistical differences between three different groups of women: women who would benefit from both interpersonal communication and mass media communication, women who would only benefit from mass media communication, and women who would benefit from neither of the two. The impact evaluation will have to consider these differences to evaluate the programme’s impact in terms of improving health and nutrition practices and reducing vulnerability. 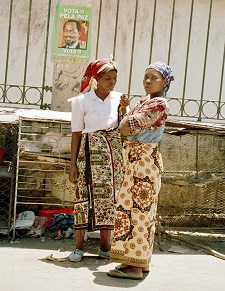 “Due to the IPC-IG’s experience with other projects in relation to food and nutrition security, we have been invited to act as the leading research institution on SBCC and to conduct both the project’s monitoring and its impact evaluation. The WFP’s SBCC project is a very innovative initiative, especially in the context of rural Mozambique, which makes it particularly exciting for us as researchers to investigate on the programme’s impact and to find out if the SBCC health committees can improve the health and nutrition of extremely poor families”, says Mario Gyori, SBCC project manager and IPC-IG research associate.

The future endline report will reveal whether the SBCC project was successful in improving these areas in Manica. The endline survey will take place between December 2017 and February 2018, with the full impact evaluation report of the programme expected in September 2018.


Read the full study in English here, or the associated One Pager, available in English, French, Portuguese, and Spanish.