Organized by IPC-IG, Ipea, ICS and the Brazilian Government, the event will be an opportunity to better understand how systems of national accounts incorporate global climate change issues, and how they can be used and adapted to better monitor national policies and actions, relevant to the mitigation of greenhouse gases emissions, and the adaptation to adverse impacts of climate change 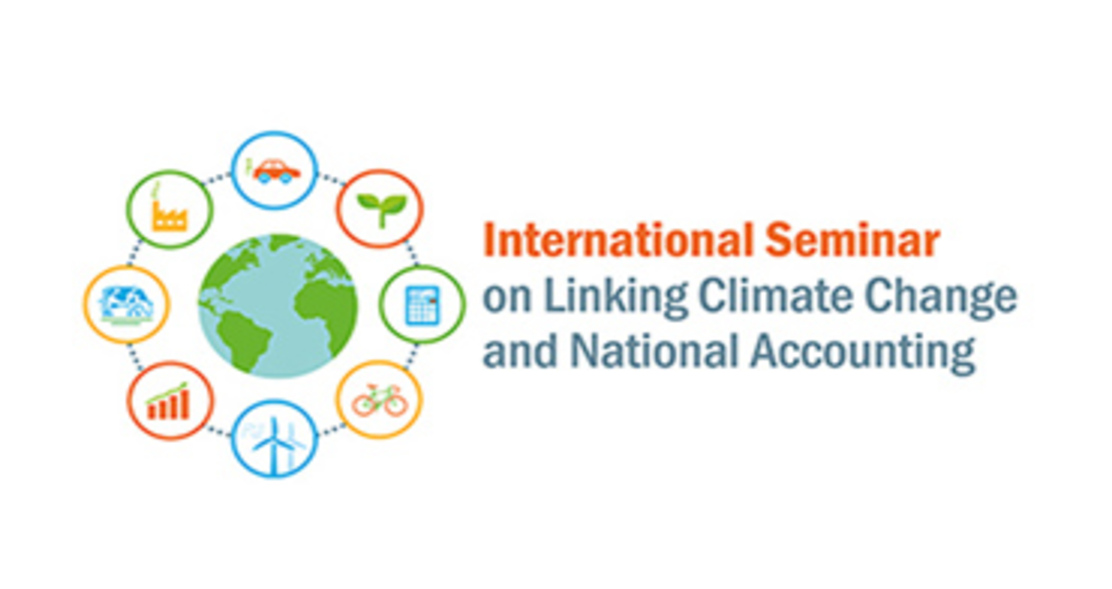 
Brasilia, 16 October 2017 - Several studies show that climate change is a consequence of human activity, which contributes to the increasing concentration of greenhouse gases (GHG) in the atmosphere. It is also true that climate change is, in turn, increasingly affecting countries’ economic activity. This activity is measured annually using the System of National Accounts (SNA), which is commonly known for its Gross Domestic Product (GDP) estimate - the sum of the monetary values of all goods and services produced over a given period.

The challenges of including measurements of GHG emissions in the SNA are the main subject of the International Seminar on Climate Change and National Accounting, which will be held on Wednesday (17 October), in Brasília. During the event, renowned Brazilian and foreign experts will present ways to include GHG emissions into national accounts systems. They will share insights into how these accounts can be used and adapted to monitor national policy responses to climate change, such as programmes designed to mitigate GHG emissions, among other issues.

Debate on integration - A considerable number of scientific research has been conducted to determine whether human-driven climate change is actually taking place and what needs to be done to reduce GHG emissions. According to findings of the Intergovernmental Panel on Climate Change (IPCC), the burning of fossil fuels and changes in land use are the main factors contributing towards increasing GHG emissions.  Possible positive impacts of global climate change, such as projected agricultural income growth for some regions, will be temporary and will not outweigh the long-term negative consequences. Rising sea levels and the incidence of extreme weather phenomena are consequences that already pose significant threats to communities and economies around the world.

Until recently, according to the United Nations Framework Convention on Climate Change, measurements of GHG emissions could not be integrated with measures of national economic activity. This presented a major problem, as climate change is mainly due to economic activities. Thus, the United Nations Statistical Commission's System of Environmental Economic Accounts (SEEA) provides a framework for further integration of information and data that may ultimately help to better assess policy responses to climate change. The SEEA is a satellite account of the SNA. It is a system for organising statistical data for the derivation of coherent indicators and descriptive statistics. In this way, the interactions between the economy and the environment, as well as the general condition of the environment, can be monitored to facilitate effective decision-making.

Brazil has made ambitious commitments to contain GHG emissions. Contributing with around 2.5% of the world's GHGs, Brazil ratified the Paris Accord and has committed to reduce its emissions by 37% by 2025, compared to 2005 levels. The theme of the seminar is closely related to the 2030 Agenda for Sustainable Development and the Sustainable Development Goals (SDGs), in particular SDG 13 – "take urgent action to combat climate change and its impacts." The debate also coincides with the 30-year celebration of the signing of the Montreal Protocol, designed to protect the ozone layer.

The Seminar is jointly organised by the Ministry of Planning, Development and Management (MP) the Ministry of the Environment (MMA), the Institute for Applied Economic Research (Ipea), the Institute for Climate and Society (ICS), the International Policy Centre for Inclusive Growth (IPC-IG), the Economic Commission for Latin America and the Caribbean (ECLAC) and the Brazilian Institute of Geography and Statistics (IBGE), and is supported by the Brazilian Network on Global Climate Change Research (Rede Clima).